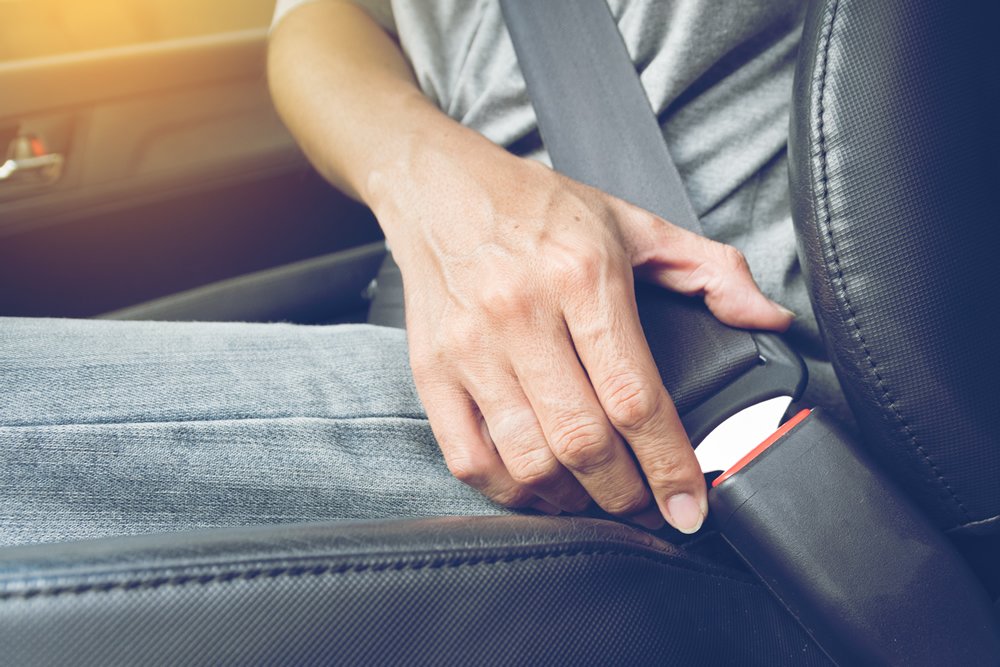 Do you ever hear your parents bang on about how, “back in my day we didn’t even have seatbelts!”? Or do you remember 10 years ago when reversing cameras were the best thing since sliced bread? They seemed like the most innovative product at the time and most parents agreed when it came to driveway safety. Over time, the regular metal heap of a car has evolved into what it is today. Airbags, indicators, lights, and windscreen wipers weren’t all first edition features. Fortunately for us, we aren’t still driving around in the 1885/6 Karl Benz automobile and have upgraded over the last 130 odd years. So, let’s take a travel through time and look back at some of the best safety features we have been blessed with to make our roads safer.

The seatbelt has come a long way since our parents were young! In fact, they weren’t even compulsory in Australia (the first country to do so) until 1970 when fitting of seatbelts became mandatory in all new passenger vehicles for drivers and front seat passengers. Prior to that, the two-point design was invented in the early 1900s and advanced to the three-point design in 1959 thanks to Nils Bohlin and Volvo.

The three-point seatbelt crosses over the chest, pelvis, and shoulders to prevent the body from dramatically moving during a collision. Pre-tensioning belts also tighten immediately on impact should there be a crash.

In 1978, Mercedes-Benz S-Class was released as the first car with electronic ABS. It reduces skidding when a driver breaks suddenly and with force, especially in the wet, and assists in preventing loss of vehicle control. In 2004, Monash University Accident Research Centre found that ABS reduced the risk of multiple vehicle crashes by 18 percent.

Initially, ABS was used to prevent wheels from locking on an aircraft when landing. Now, it detects the rotational speed of a vehicle’s wheels should they begin to lock up. Hydraulic fluid is released if the wheel is rotating too slowly and hopefully reduce the potential of skidding on the road.

Once again, the Mercedes-Benz S-Class was a first for another safety feature. In 1981, it was the first production car to introduce driver’s airbags. They were designed to protect the driver from hitting parts of the car in a front-on collision. There were many fizzled attempts at airbags prior to the 1981 version as the components didn’t match well with the seatbelts, limiting traction. In the late 1990s, side-impact (or curtain) airbags began to feature in cars to create a cushion between the driver/passenger and the window should there be a side impact. Airbags became mandatory in all vehicles by 1998.

All hail indicators and side/rear-view mirrors! They are quite underrated nowadays as most people forget they once weren’t a feature. Prior to their inclusion in vehicles, the driver would actually indicate their intention to turn with hand signals – just like cyclist do! Here’s to Florence Lawrence for inventing the first indicator in 1914 and Buick for the electrical version in 1938. So, next time your blood boils over someone neglecting to use their indicator at a roundabout, remember that once upon a time they didn’t even exist. But also, don’t forget that those people are annoying and should learn the road rules.

Also praise the mirror gods for making life a whole lot easier when changing lanes. Just don’t neglect the shoulder check while you’re at it.

Ever had your windscreen wipers lose their rubber and need replacing? It usually coincides with the wet season and you curse yourself for not remembering to check them before you had to drive in the rain. Well imagine life without them completely? Many thanks go to Mary Anderson for this handy invention in 1903 that have advanced so far to even automatically turn on when moisture is detected in the air.

Lights, on the other hand, are equally as marvellous! You can now tell when someone is braking, indicating to turn AND you can see oncoming traffic in the dark. They are also a godsend for night driving on Australian highways that are littered with animals just waiting to jump out in front of a car. They also act as an essential when it comes to bad weather driving as a courtesy.

In addition to these handy safety features, we as humans have been blessed with reversing cameras, shatter-resistant glass, Electronic Stability Control, Blind Spot Information System, and adaptive cruise control among many others. Currently, we wouldn’t be able to imagine life without these, but looking towards the future there is always room for improvement – we can’t wait to see what else is on the cards.

Looking For a Home Loan?